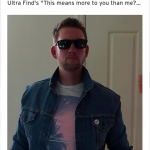 From 2000 to 2004 Travis Luther lived in Seattle, Washington and fronted the band Ultra Find as the lead singer, songwriter, and guitar player. Ultra Find moved to Denver, Colorado from 2004-2007, going by the name “The Ultra Find.”

Ultra Find was signed to Humble Rocks! Records, an independent label owned by Luther and operated with the help of friends and musicians within the post-grunge Seattle music scene. Ultra Find toured regularly throughout the Northwest and up and down the west coast. 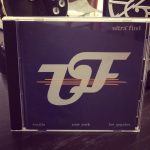 Ultra Find’s full-length release, Seattle, New York, Los Angeles was released in Seattle in late 2001 and spent much of 2002 as a top selling Northwest album, among bands such as Death Cab for Cutie, Supersuckers, and Pedro the Lion. The album continues to be for sale today on most major music sites, including iTunes. You can stream the album for free on YouTube. 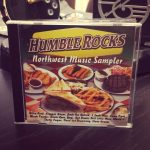 From 2002-2004, Ultra Find appeared on a number of compilations, most notably those released by Humble Rocks! Records.

In 2003, Ultra Find recorded a new set of songs with Conrad Uno at Egg Studios (Mudhoney, Sonic Youth, The Presidents of the United States of America) in preparation for a second album. However, the Ultra Find line-up changed and the record was never completed. The Conrad Uno sessions are available as a free 6 song EP titled, “This Means More to Me Than You?“ 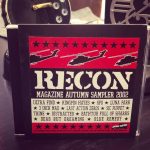 From late 2002 through 2003, Luther was also the bass player for the band The Boss Martians. He toured nationally with the group in support of the album, “Making the Rounds.”

In 2004 Luther moved to Denver, Colorado, considering a career as an entertainment attorney. Ultra Find continued to play in Colorado in different interactions until 2007 when the band was officially placed on hiatus.