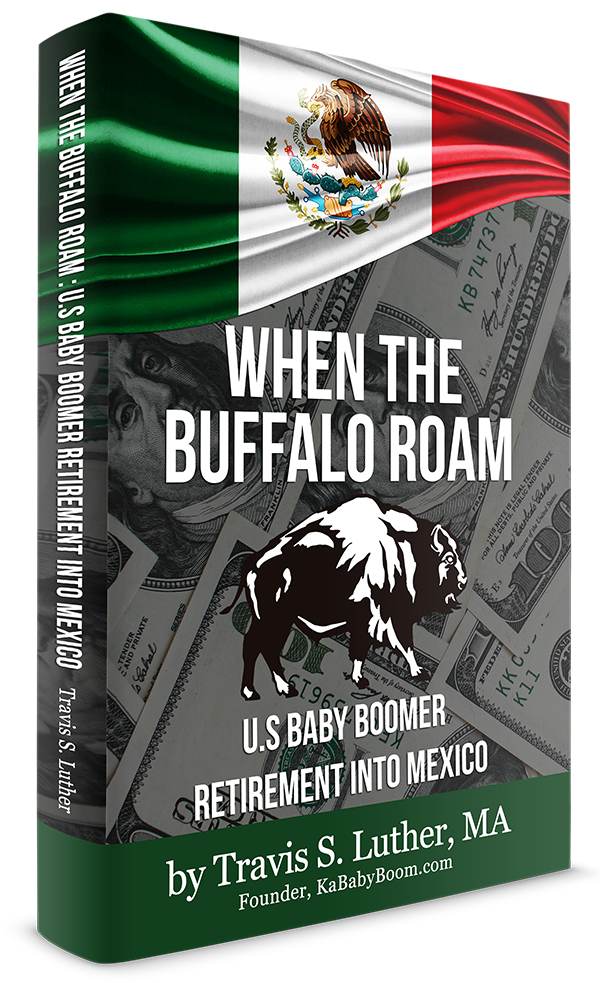 When the Buffalo Roam: U.S. Baby Boomer Retirement into Mexico

Everyday 10,000 Baby Boomers turn 65-years-old. With a total of 65 million native born Baby Boomers in the U.S., this number will remain steady for the next 15 years! Baby Boomers represent nearly one-quarter of the entire U.S. population. But nearly half of these Baby Boomers have little to no retirement savings. Most of the other half express real concerns that they will have to work longer than they planned for and suffer a standard of living much lower than they expected.

Over the last decade, retirement in Mexico has become an increasingly attractive option for people looking to stretch their retirement dollars and raise their standard of living. It’s also become a hotspot for retirees seeking out authentic and meaningful communities!

In this book you will uncover: